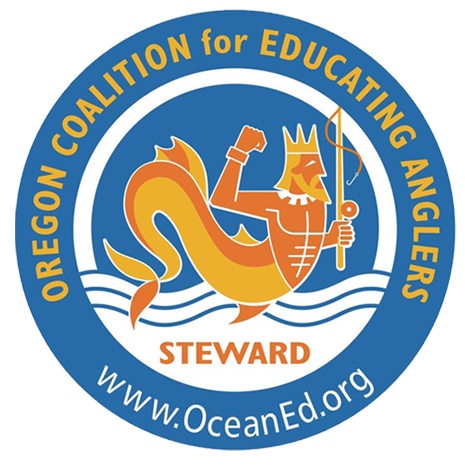 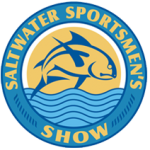 The Stress Response in Fish

Stress is a physiological response to a perceived threat. Note that the word perceived is used. This means that the threat doesn’t actually have to threaten survival in order to induce a stress response.  For example, most people know the “nervous” feeling they get when they are forced to get up in front of an audience and give a speech. The heart rate goes up, breathing rate increases, there may be sweating, stomach tied up in knots, etc.  This is a stress response. But what, really, is the threat here?  Only that you’ll be embarrassed, which isn’t really life threatening.  However, the physiological stress response occurs anyway.

No, the stress response developed to deal with more real world issues, such as the threat of being eaten or placed in some other type of danger that threatens the existence of the organism.  Traditionally this has been referred to as the “fight or flight response”. In other words if you perceive a threat, you either stick around and deal with it or you run like hell.  In either case, it is autonomic self preservation that motivates these responses (there’s no conscious thought at the onset of the stress response).

Physiologically speaking, the stress response is controlled along what is called the HPA (or HPI in fish) axis.  This stands for Hypothalamus-Pituitary-Adrenal (inter-renal) axis.  That means that the brain, pituitary, and adrenal glands (that sit atop the kidneys) are involved.  Fish don’t have kidneys the way mammals do, and the adrenal gland is more of a diffuse tissue spread out through the front end of the kidney; hence the term inter-renal tissue instead of adrenal.

A stimulus, usually in the form of something we see or hear (although infection, a lack of food, or the costs of reproduction could also stimulate a stress response) is interpreted by the hypothalamus (which is a region of the brain near the center, fairly close to where the hindbrain and spinal cord form).  If a stress response is required, the hypothalamus releases a hormone called corticotrophin releasing factor, or CRF.  CRF travels through a localized blood circulation circuit to the pituitary, which hangs down right at the base of the brain (think the uvula in the back of your throat).  The pituitary is command central for hormones in all vertebrate animals.  The pituitary releases a secondary hormone called Adrenocorticotropic hormone, or ACTH.

ACTH has two actions, primarily on the adrenal/inter-renal tissues.  Initially, within seconds, specialized cells in the adrenal release a third hormone called epinephrine (formally known as adrenalin, until some corporation copyrighted the word) in response to ACTH.  This is responsible for the dilated pupils, elevated heart rate, increased rate of breathing, and probably the butterflies in your stomach before that speech (I should point out that they aren’t really butterflies).  The second, more longer-term (minutes to hours) response is mediated by the hormone cortisol (corticosterone in some species), which also comes from the adrenal/inter-renal.

This is where things get a bit tricky.  Elevated cortisol levels in the blood in the short term is a good thing, as it helps shunt energy away from non-essential activities (who needs to digest that freeze-dried spaghetti meal when there’s a brown bear about to eat you), mobilizes energy reserves, redirects blood flow, etc.  In other words, the stress response is a good thing.

But as they say, too much of a good thing can be problematic. Chronic stress (not to be confused with the acute stress events such as speech making and running away from bears) can be quite debilitating.  If cortisol levels stay high too long, important systems begin to be compromised.  Long term exposure to cortisol can suppress the immune system, reduce reproductive capacity, decrease growth rates, inhibit smoltification in salmon, and a variety of other actions that are considered detrimental to survival.

Of course this is a simplification of the system.  The body’s response to cortisol also depends on the rate at which it is being made, the rate at which it is being cleared from the system, the amount that is free in the blood relative to that which is being held by carrier proteins (think transport vehicles), the amount and sensitivity of the receptors on the cells that are supposed to respond, the overall physiological status of the organism at the time, and a host of other factors.

As an aside, recent studies have shown that extreme stress early in development can have a strong adverse impact in adulthood on an organism’s ability to respond to stress.  This means that strong stress in an individual as a youngster could result in a hyper-response as an adult.  This has been clinically demonstrated in humans, where the rates of depression and other psychological maladies can be traced to childhood incidence of abuse.  This is really akin to the immune system. We all (or at least most of us) received immunizations as a child for things like diphtheria, tetanus, polio, and the like.  This early-in-development exposure allows our immune system to “hyper-react” to a viral threat later in life.  Unfortunately, in the case of the stress response system this hyper-reactivity is detrimental.

So what does this mean for fish?

The short term stress response is the most relevant to OCEAN’s goal of educating anglers to properly care for fish that must be released.  When a fish is hooked, it of course realizes that something is amiss and tries to respond.  Through the stress response described above, blood is shunted away from less critical systems like the digestive system to the muscles and brain, and energy reserves are mobilized to supply these systems with energy.  More importantly, the fish increases its oxygen uptake by increasing the rate at which it ventilates its gills and by flaring the gill filaments.  This helps with getting more oxygen into the blood, but the drawback is more of the gill is exposed to the environment.

Fish use their gills for oxygen uptake and CO2 excretion, but they also use them to eliminate ammonia (NH3) and for osmoregulation/ ion balance (we use our kidneys for this purpose).  Because fish live in an aquatic environment, they can get their ions directly from their “atmosphere” instead of having to take them in with their food or water the way terrestrial animals must.  There are special cells in the gill called chloride cells that help them do this by pumping salts either into the fish (freshwater) or out of the fish (saltwater).  Ion balance itself (such ions as sodium, potassium, calcium, and chloride) is important for basic things like nerve function, muscle function, digestion, the elimination of ammonia, and most everything else that a fish does. If this process is compromised, the fish either takes on too much water and its blood and other fluids become too dilute (freshwater fish) or it loses too much water and takes up too much salt, becoming too salty (saltwater fish).  This puts the fish into osmotic imbalance and potentially osmotic shock, which is a life-threatening situation.  Proper ion balance also affects the fish’s ability to eliminate ammonia.  If ammonia cannot be eliminated, it could build up to toxic levels in the fish.  The longer a fish has to elevate its rate of breathing, the more likely it is that a fish will go into ionic imbalance and experience osmotic shock.  So, for fish that need to be released, it is best to get them to the boat and release them as fast as possible instead of prolonging the time they are “played” at the end of the line.

Many anglers hold onto a fish that they’ve captured and move it forward and backward in the water to try and revive it.  Part of this is good, part of it is bad.  Fish gills are designed to have water flow in one direction, not two, because they have what is called a counter-current exchange system in their gills.  As water flows from the front to the back of the fish (into the mouth, across the gills, and out the operculum), blood flows in the opposite direction, from back to front, through the gill filaments.  This allows for a substantially greater uptake of oxygen from the water than if both water and blood were both flowing in the same direction.  This is similar to the way in which a heat pump works.  The problem with moving a fish backwards in the water is that it defeats the counter-current exchange system and reduces the amount of oxygen a fish can get.  This, in turn, prolongs the time to recovery.  So the best option if the fish needs reviving is to hold it still and point it into the current, or to have the vessel move forward at idle speed, allowing water to flow across the gills in the correct direction.  When the fish actively moves out of your hands, let it go.

Want to do something else that is really bad for a fish and create undue stress?  Stress it by picking it up by its tail.  Fish (especially fast swimmers like tuna) have spines that are designed to resist compression forces, not expansion (lengthening).  The lateral swimming muscles on a fish attach at two points on the spine.  When a fish swims, it contracts these muscles on one side of its body, and then the other, creating a ripple or wave down the side of the fish. The muscle pulls the spine towards its side of the body and compresses the spine as the two ends of the muscle move closer together.  Picking up the fish by its tail stretches the spine, causing muscle, nerve and spine damage.  With albacore you can sometimes actually feel the vertebrae popping.  This is bad for a fish, and reduces its chance for survival.  In addition to stretching the spine, grabbing the fish by the caudal peduncle (the narrow part at the base of the tail) causes bruising, which can allow infection to set in.  So don’t do it.  Either leave the fish in the water and reach down to remove the hook, or net it in a fish-friendly net.

Studies at the NOAA Fisheries Alaska Fisheries Science Center Facility in Newport, Oregon, have shown that some species of fish are very susceptible to succumbing to capture-related stress.  In some of their experiments simulating fishing, as little as 15 minutes of stress resulted in substantially compromised immune systems in sable fish.  Furthermore, pollock exposed to a simulated fishing event for 15-30 minutes survived the initial stress, but had altered behavior patterns and never started feeding again.  These fish were substantially more likely to be eaten by predators, and those that weren’t eaten died from stress related causes 2-3 weeks later.  In other words they survived the initial stress but ultimately it was too much for their system to deal with.  We do not know the specifics about the stress response in many of the species for which we fish, so until we do it is best to treat the fish you release as gently as possible, and to get them off the hook and back in the water as quickly as possible.

A lot of the work that has been done studying stress in fish has been done by Dr. Carl Schreck and his students and technicians in the Department of Fisheries and Wildlife at Oregon State University.  More information on Dr. Schreck’s work can be found in the scientific literature and in several book chapters that he has written on the subject.